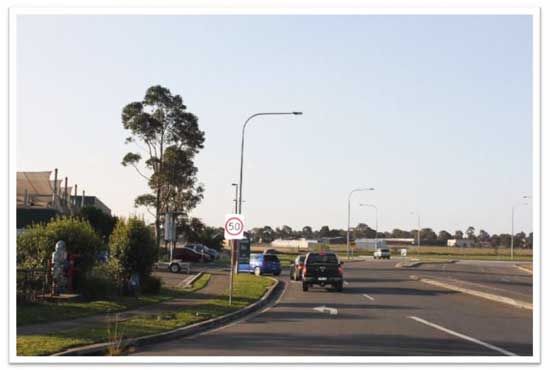 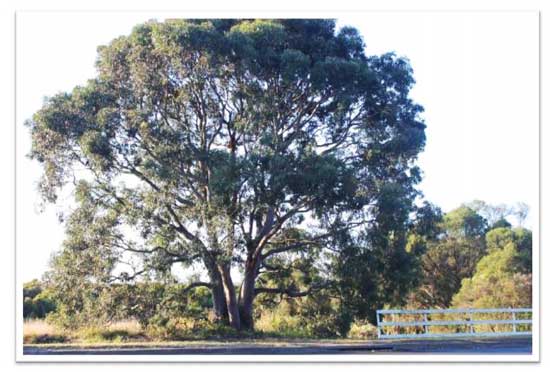 This Sydney Red Gum is located approximately at the centre of the proposed new access road.

Bankstown Airport Limited and LEDA Holdings want to annexe Airport Reserve on Milperra Road for the new Business Park they are planning. If this happens it will destroy the ecological values of one of the last remaining examples of Cooks River Castlereagh Ironbark Forest left in Bankstown. BAL does not own Airport Reserve, which is State owned Crown land, but wants a 60 metre wide driveway through it to the Airport precinct, a 200 metre long slipway for truck access, and a bus stop to destroy the integrity of an Endangered Ecological Community that Council has earmarked on its Bushland Mangement Plan for rehabilitation. Airport Reserve is also the site of multiple grants to the Society from the NSW Government Environmental Trust for bush regeneration purposes.

Examine for yourself the Development Plan as proposed:  http://www.bankstownbusinessestate.com/

Despite all the impacts they have planned for Airport Reserve, it is not even mentioned in the Development Plan. Check out Section 2 Contents pic for a view of the bushland and site of the proposed bus stop, and Fig. 4.1 Staging Plan for the location of the bus stop, slipway and driveway impacts on Airport Reserve. Then see Fig. 2.2 Local Context which shows the entire strip of Airport Reserve located outside the development area. It looks like they simply expect the State Government to fall in line and let them do whatever they want with the reserve as though they did in fact own it. Now look at p.46 artist’s impression of the access from Milperra Road through Airport Reserve and note what is missing from it – the bushland.

BBS is not opposed to development on land owned by BAL, but environmentally sensitive State owned Crown land like Airport Reserve should not be sucked up into it. There is already vehicular access to the development site from the east and west, and the bus stop could quite easily be accommodated within the development site itself, so this is a land grab to maximise commercial space on the airport precinct.